We are supported by our readers and we may earn a small commission when you click on some of the links at no additional cost to you. Our full disclaimer can be found here. Thank you.

This “designer breed”, a cross between a Poodle and a Labrador, is becoming more popular by the day. With their laid-back disposition and their adorable faces, it is no surprise that you are seeing them everywhere! But, are they good dogs to own?

Labradoodle is a name that was first used in 1955 to describe a dog that was a cross between Labradors and Poodles. In 1989, Labradoodles became more popular as guide and service canines, because their dispositions and temperament lent themselves to excel in this capacity.

While every dog is different, no matter what the breed, it is generally accepted that Labradoodles are good pets for a first-time dog owner or a veteran dog love. They seem to do well as a single pet or part of an existing pet family, and love to be around people and other animals. Their overall demeanor, intelligence, and trainability make them an inviting pet to keep you company. However, there are some issues that you should be aware of before committing to bringing a labradoodle into your home.

Their temperament allows them to be great family dogs if socialized appropriately, and their high intelligence and drive to please people make them fairly easy to train if done correctly. They are however also prone to some medical conditions, and they will need rigorous grooming care. For more information about Labradoodles, check out We Love Doodles.

Labradoodles seem to take a lot of the best traits from both their parent breeds. Labradors are known for being smart, loyal, and hardworking canine companions. Labradors are also high energy and love to play. Poodles are known to be extremely intelligent, faithful, and trainable. Labradoodles are commonly very well tempered and are great with families or single-owner households.  Though they could be high energy, generally Labradoodles are very well mannered, extremely smart, and aim to please.

This designer breed is, typically, considered non-aggressive and great around people. Though every dog is different, Labradoodles are commonly considered to be friendly and affectionate canines, and love being around people and other animals. With proper socialization and training, Labradoodles are often used as support or guide dogs for people with disabilities, which they were originally designed for.

Their laid-back attitude and easy-going nature make them a very desirable pet for first-time dog owners as well as adding to an existing pet family. They tend to adapt well and thrive in environments where they can be social, affectionate and get plenty of exercise and attention.

With many pure-bred dogs, there are very common and prolific health issues that can raise their ugly heads. Though Labradoodles are not considered a pure-bred animal, also have their share of issues that could cause problems down the road. While these issues can cause concern, most can be managed in the long run.

Labradors and Poodles have floppy ears, so the potential for ear infections is high. This trait is passed on to the Labradoodle as well. Their floppy ears make a great hiding place for moisture, which can lead to infections. It is important to make sure that their ears stay clean and dry, and if you do find that they have a waxy discharge or unpleasant smell in their ears, see a vet quickly for treatment.

Like Poodles and Labradors, Labradoodles are prone to have allergies. While it can be irritating to deal with initially, once the cause of the reaction is identified, the conditions can be easily managed. Food allergies are the more cumbersome to deal with, but contact and topical allergies are also very common.

Dysplasia is a genetically inherited condition, in which the joints do not fit together exactly as they should be. Most commonly, this problem is found in the elbow, hips, and knees of canines. Both the Poodle and Labrador are prone to these conditions and it is no surprise that that has been passed down the Labradoodle as well.

Since the condition is passed down, it is important to determine if the parents of the pup you want have these issues. If not, the likelihood of your pup developing this condition is much smaller. Additionally, mini Labradoodles tend not to have develop hip or elbow dysplasia due to their smaller size.

Epilepsy is an inherited neurological disorder that causes seizures. Though scary, these seizures can be managed by medications, and the long-term prognosis is very good. If your Labradoodle begins experiencing seizures, see your veterinarian so that they can help you determine what the cause is, and if necessary, diagnose Epilepsy and begin management of the condition.

There are other conditions that the Labradoodle may inherit which are common to both the Poodle and the Labrador, though they do not occur as frequently, such as Addison's Disease (a hormonal disorder), Retinal Atrophy (an eye condition), Von Willebrand's Disease (a blood disorder) and Sebaceous Adenitis (an inflammatory autoimmune disorder).

With the intelligence of a Poodle and the need-to-please attitude of Labrador, it is no wonder that it is relatively easy to train a Labradoodle. From simple commands to more complex skills, Labradoodles seem to learn very quickly.

When starting with the more basic commands, you must build a routine that the puppy can stick to. Give commands in the same way, with the same motions, and the same reward. Let them understand exactly what is expected of them over time, and what they get when they get it right. Consistency and repetitive action will get results quickly, and once mastered, move on to another skill.

Training a Labradoodle can be easier than some other breeds but remember that they can get bored and they need to be stimulated as much mentally as they are physically. A bored puppy can be a destructive puppy. As important as it can be to be sure that your Labradoodle is getting enough exercise, it is just as important to make sure that they are mentally exercising as well. Several toys also work in this capacity, such as making the dog solve a small puzzle to get a treat.

Labradoodles are as smart as their parent breeds, though exact traits may change between different dogs. No two are the same. However, they will soak up anything you teach them, including bad habits, like a sponge. It will be amazing how quickly they can learn!

Labradoodles are touted as being sparse shedders and hypoallergenic. While they may not shed as much, they do still shed slightly. Because of the Poodle hereditary qualities, Labradoodles tend to shed very little, but this will make frequent grooming an absolute must. If left unchecked, the hair will become matted and tangled and cause problems for the dog.

With regular grooming, the Labradoodle will become used to the process and might even grow to love the pampering. Making sure that your Doodle has a clean, freshly cut coat will make your life easier and your pup healthier. Grooming frequently will make the process quick, easy, and enjoyable.

Though there are some issues that you need to be aware of when owning a Labradoodle, overall, they are great companions to have in your home. The ease of training, loyalty, and easy-going temperament makes them an ideal dog for families, and they do very well in multi pet households. Yes, Labradoodles are good dogs! 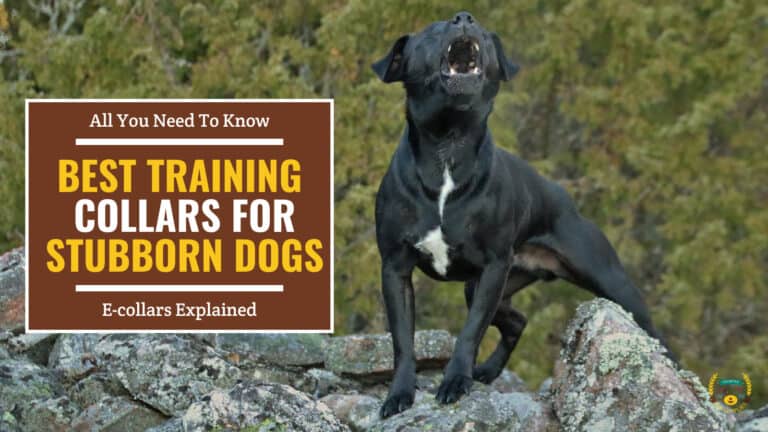 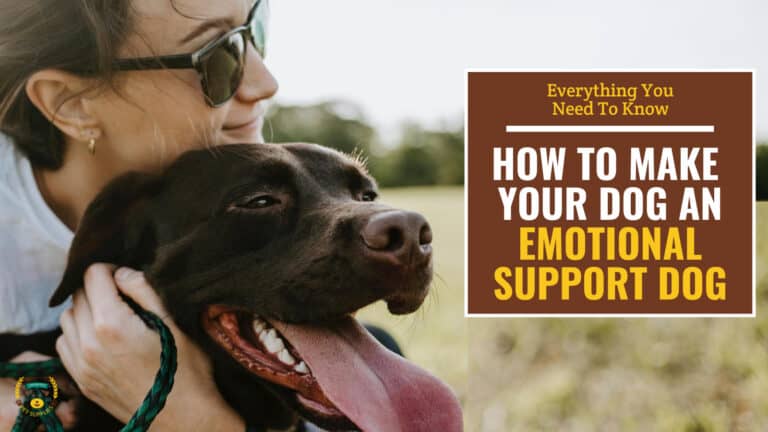 How to Make Your Dog an Emotional Support Dog
April 21, 2022 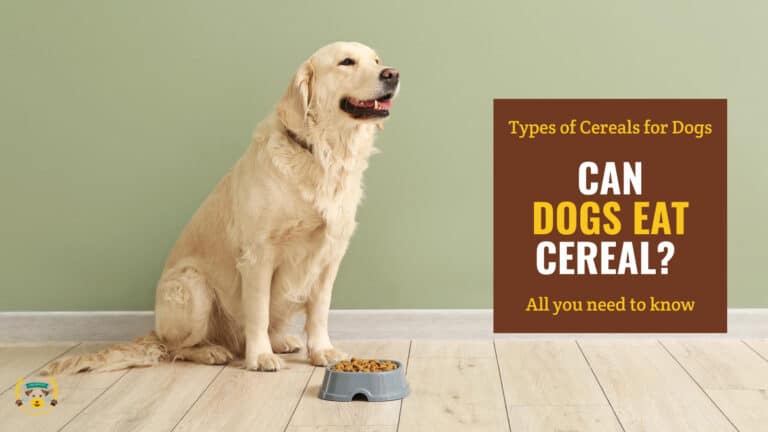 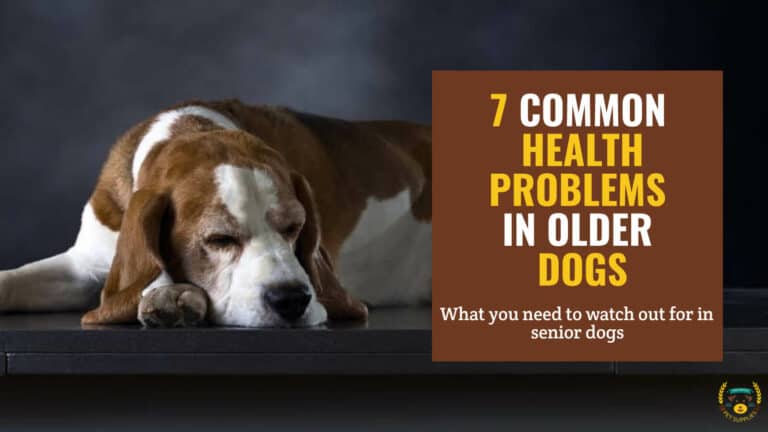 The 7 Common Health Problems in Older Dogs To Watch For
February 1, 2022 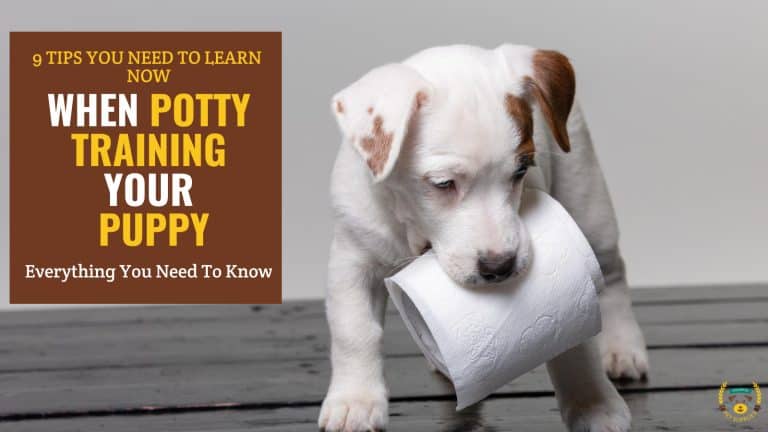 9 Tips You Need To Learn Now When Potty Training Your Puppy
January 16, 2022 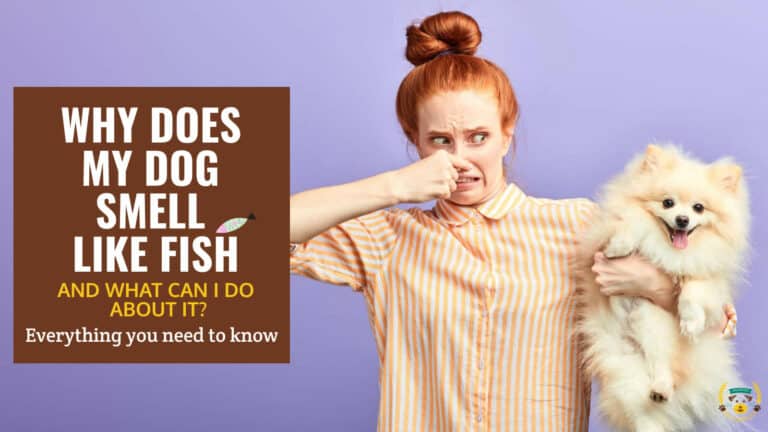 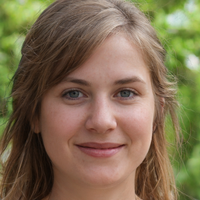 Hey, my name is Sandra. I am 24 years old. I am a runner, hiker, and love being outside! I love pets and have experience dog sitting a variety of dog breeds. I also love writing especially when it comes to pet-related topics. Pets have been such a special and important part of my life. My goal is to contribute my experience as a pet trainer. And I am incredibly passionate about sharing my information with this website readers. 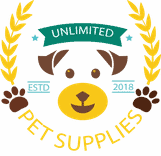 Our mission, as a website dedicated to animal well-being, is to create a better world for pets and owners. Pet health and well-being need to be improved through a lovely lifestyle, healthier nutrition, and better medical care. Our primary purpose is to simplify pet care for parents as much as possible.
Find out more about our team & review policy on the About Page.